Days out in Benidorm

Adding to the industry gloom in the UK has been the failure last week of Birmingham-based agent and tour operator Sun4U. The collapse came less than a month after Surrey-based Goldtrail Travel called in the administrators and nine months after the demise of Scottish package-holiday provider and airline Globespan.

The wary tone struck by both Tui and Thomas Cook is echoed by Ian Oakley-Smith, an insolvency partner and travel specialist with accountant PricewaterhouseCoopers. He warns that a rash of corporate failures are likely once the busy summer season fades and the final hotel and airline bills fall due.

The good news is that pressure to fill aircraft and hotels this summer is already generating a wave of late bargain deals for holidaymakers who have waited until the last minute before booking. Good deals are most likely to appear in Spain, Greece, Ibiza and Mallorca. Tui's finance director, Paul Bowtell, says the most subdued trading is in the north of England and the south-west, with things slightly better in Scotland, the Midlands and the south.


The Balearic Islands, Portugal, Spain and to a lesser extent Greece are among the usually popular destinations that appear not to be attracting the anticipated numbers of holidaymakers this year. Among those opting to stay in the UK this summer was David Cameron, who is spending his time off in Cornwall. Before departing for the West Country, he urged others to follow his lead in the interests of the fragile economic recovery. Not only have travellers been spooked by the cost of overseas travel and uncertainty over their personal finances, they have also been adjusting to long spells of travel disruption.

Sounds like the whole thing was badly handled from start to finish We were meant to be the first TCX flight out on the Saturday and ended up being the last out on the Sunday, it was meant to be 6.

Thomas Cook | Similar Companies For Your Next Holiday

Before that they were doing great, giving us out vouchers, keeping us up to date with what was happening, then they went and screwed it up with rubbish communication. EU regs state they have a duty of care. In this instance "meals and refreshments in reasonable relation to the waiting time", after either 2 or 3 hours, depending on how km's the airlines class Alicante being from the UK airport.

Whichever, you were entitled to vouchers.

I would bypass the travel agent, as they only put a covering letter in with your letter, and forward it on. I got to witness it from the other side. But fortunately, I was flying with Thomson who were pretty good. There were a handful of Thomas Cook flights heading out to various places in Spain and whilst Thomson kept us up to date, gave us meal vouchers and dinner at local hotel, Thomas Cook customers weren't so lucky - after waiting until late afternoon, they were told to collect their cases and go home. There was a near riot in departures.

Certainly opened my eyes to the vast difference between tour operators, and I know who I'll NOT be going with in the future. Scoundy, it does not fill you with confidence reading these posts about TC. Think we will be returning to Benidorm with Thomsons too. Read some really good reports of late, about how well they look after stranded passengers.

We agree with going with Thomson This topic has been closed to new posts due to inactivity. We hope you'll join the conversation by posting to an open topic or starting a new one. 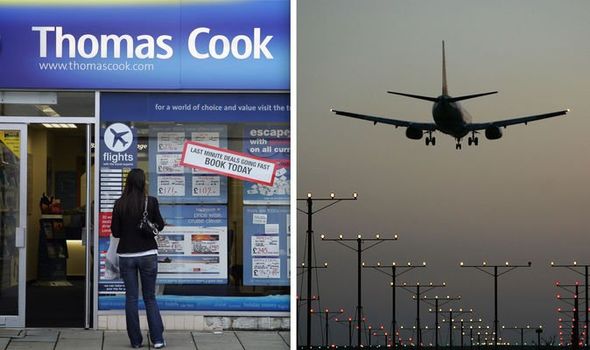